No Mystery in Getting to Go

Posted by Tricia Strahler on Jul 5, 2020 in Design | No Comments 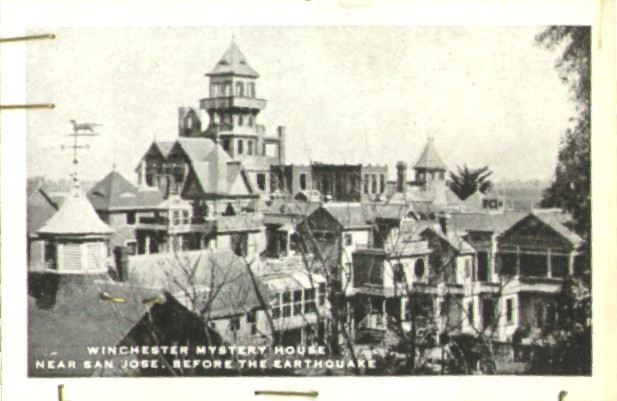 In the heart of the Silicon Valley, where so much emphasis is put on strategic planning, long-range thinking and integrated systems, you’ll find a curiosity known as the Winchester Mystery House. (This is a very interesting story, but if you don’t want to read this whole post, you can jump to the Bottom Line Takeaway.)

The legend goes that Sarah Winchester, widow of gun magnate, William Wirt Winchester, distraught over the deaths of both her infant daughter and her husband at the young age of 43, sought the counsel of a Boston psychic.  While (supposedly) channeling her late husband, the medium told Sarah that this bad luck had befallen her because the spirits of all those who were killed by Winchester rifles were very unhappy. To appease these spirits, Sarah was told she should leave her home in New Haven and travel West where she must begin building a home for herself, and the spirits, that would see no end to its construction.

Sarah set off for California, where in 1884, she purchased an unfinished farmhouse in the Santa Clara Valley. Carpenters were hired and work on the house commenced, continuing day and night until Sarah’s death in 1922.

She didn’t use an architect and just continued to build and add rooms haphazardly with no plan. This resulted in several oddities, such as staircases that went nowhere, windows overlooking other rooms and an elaborate “intercom” system of bells that let servants know in which bedroom she was sleeping (she always slept in a different room and did not tell anyone where she was, unless she needed something in the night).

The main house eventually spread out and took over all the old barns and sheds on the property until it covered nearly five acres.  I guess you could call this an extreme example of organic growth.

So where am I going with this and how does it relate to your organization?  Sarah had no plan.  She was all action.  She didn’t care, or make any provisions for, what the step after next was.  Do you sometimes feel like that’s what’s happening with your marketing and public relations?  Maybe you don’t think there’s anything wrong with that – after all, it seems to have worked out ok for Sarah Winchester. She went on to live to be 82, which is a pretty long life for someone born in the 19th century.  And by all accounts, she was never bothered by those pesky spirits again.

But there’s one important thing that sets Sarah apart.  After her husband’s death in 1881, Sarah inherited more than $20.5 million and half ownership of the Winchester Repeating Arms Company, giving her an income of approximately $1,000 a day, equivalent to $22,709 in 2017.

With unlimited resources Sarah Winchester didn’t have to make a plan.  She could build a house haphazardly with gold and silver chandeliers, hand-inlaid parquet floors and a vast array of colors and materials from around the world.

I’m guessing your resources (people, time, money) are not unlimited, in which case planning is critical.

We know planning can be painful and sometimes feels like it’s getting in the way of real progress.  It’s also very difficult, from an internal perspective, to be objective – and that slows you down. You know there are endless opportunities for putting your story to work, you just don’t know whether you’re headed in the right direction – or sometimes even how to get started.

That’s why we’ve developed our “Getting to Go” action plans.  Unlike strategic planning, the emphasis here is on action.  Our action plans don’t hold you hostage to the planning process.  Using tools that have been proven effective time after time, we get in, quickly assess the goals you’ve set for yourself, the resources you have available, then identify immediate actions to get you moving forward in the right direction.

Most of what you’re already doing is probably right on course, but our independent review helps confirm that, while giving you a clear roadmap of where you’re headed and what steps you need to take to continue moving in the right direction. What’s equally important, our action plans provide an effective way of clearly articulating your priorities to your team, your investors, your stakeholders and constituents, so that they too can feel comfortable that they’re in lock step with the organization.

If you’d like a free 30-minute “Getting to Go” action plan assessment and a template for putting such a plan together, contact us.

The Winchester Mystery House is open for tours – check it out the next time you’re in the Silicon Valley.